When geometry has been imported from a CAD model, the resulting objects are represented using B-Spline and Trimmed Parametric surfaces.  B-Spline surfaces are flexible polynomial functions used by CAD packages to describe arbitrary surface shapes, where "control points" floating in space push and pull on the surface profile to bend it to the desired shape.  Trimmed Parametric surfaces are an extension of B-Splines, where curves are projected onto the B-Spline surface and trim away unwanted portions of the B-Spline.

The image below shows the object tree after a CAD import, where surfaces of type B-Spline and TrimSurf can be seen. 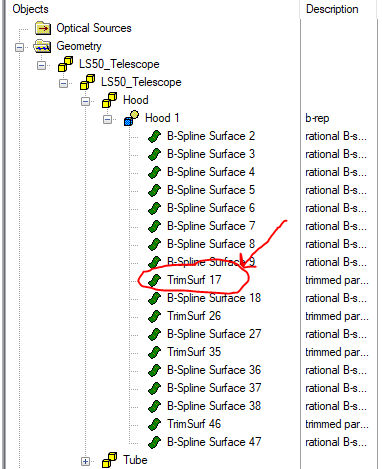 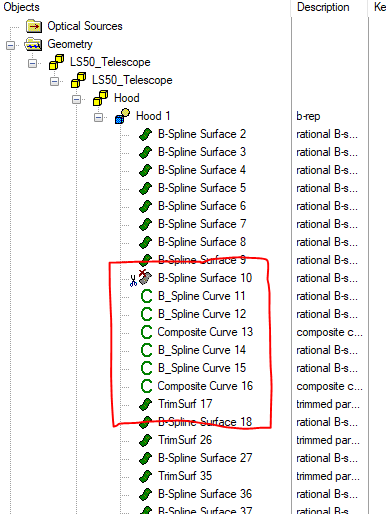 By default, FRED will keep the tree view in its Compact state, hiding the curve and B-Spline nodes associated with each TrimSurf from view.

The figure below shows (again) the initial state of the object tree and model 3D view after importing a CAD model.  So far, so good. 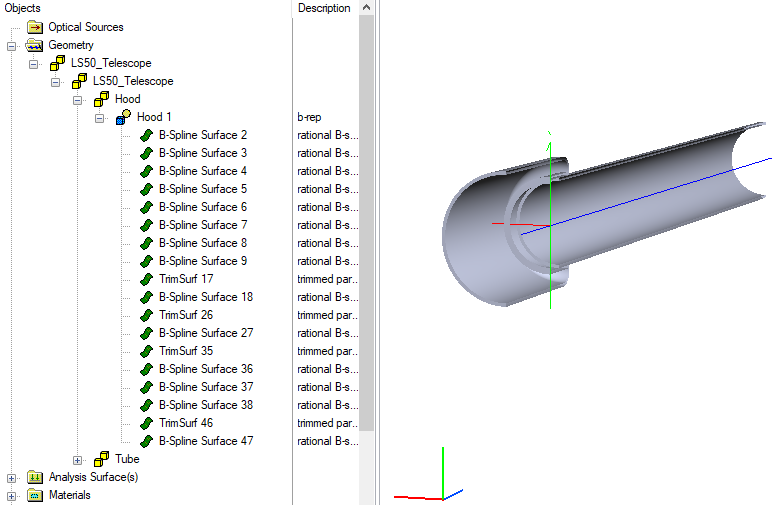 If, however, you were to mark the top-level subassembly node LS50_Telescope as Never Traceable and then come back later and remove the Never Traceable flag, your object tree and model 3D view would look like that shown below. 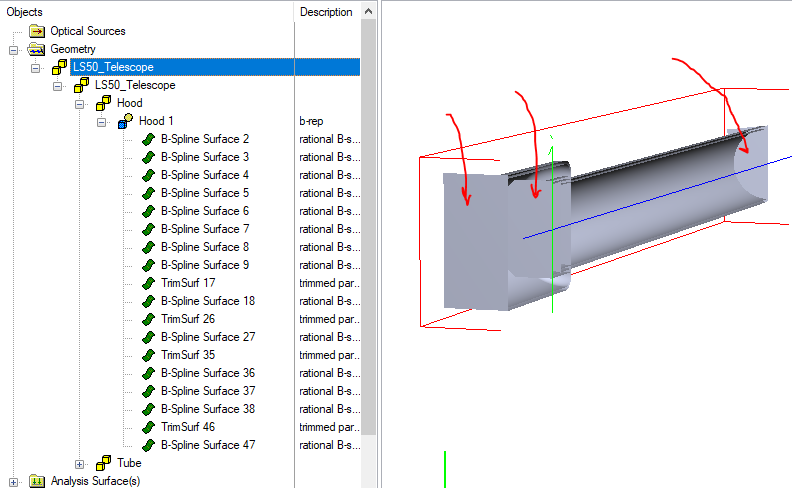 Although the object tree itself show no sign of changes, the model 3D view has clearly changed; the open apertures along the length of the telescope tube are now obscured by surfaces which were not previously visible. 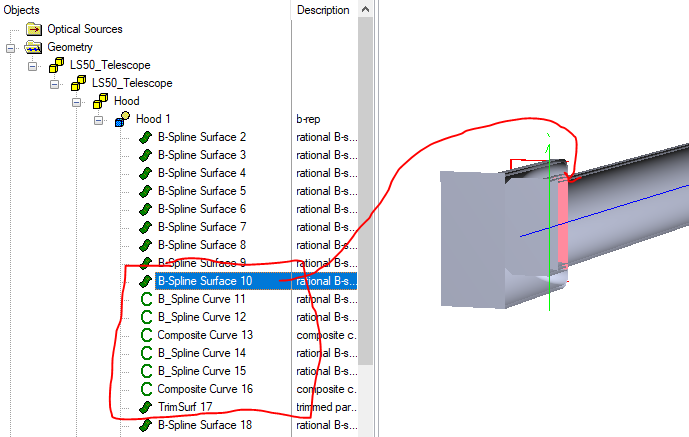 Although we could repair this mistake by visiting each TrimSurf node, expanding the view, and marking the accompanying B-Spline surface as Never Traceable, this would be too laborious and error prone in practice.

The attached example file contains the imported CAD geometry shown in the graphics above, where the TrimSurf nodes have inadvertently had their associated B-Spline surface partners activated for raytracing.  Included in the file is an embedded script called, "Repair Trimmed Parametric", which loops over all surface in the model and sets each of B-Spline surfaces associated with a Trimmed Parametric to be Never Traceable.  This restores the CAD geometry to the same state it was when imported.