To download a PDF of this article:   Color Image Analysis

The spectral distribution of a broadband light source is important to many optical systems, from white light illuminators to spectrometers. Color Image analysis in FRED produces visualization of color distribution by calculating chromaticity coordinates of each pixel and displaying the resulting RGB values over the surface. Additionally, the color chromaticity diagram is displayed, and chromaticity coordinate of each pixel is indicated when the user moves the cursor across the graph. In this application note, the Color Image from two optical systems will be observed. The first system involves a dichroic “cold mirror” to split white light into two wavelength bands. The second system utilizes a linear polarizer and a waveplate to show the wavelength-dependence of birefringent materials. 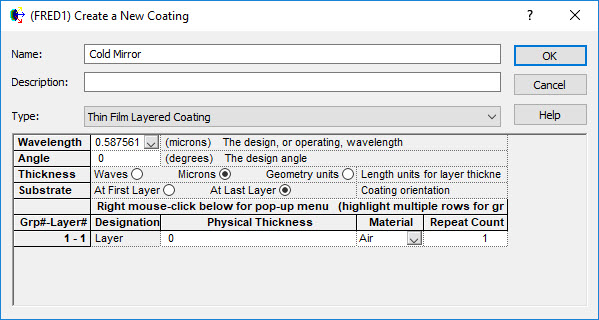 The “Cold Mirror” Coating is applied to one surface of a plane parallel plate. The plate is illuminated with a white light source with even-weighted samples from 400-700 nm. The source rays originate within a small volume located at the focal point of a parabolic mirror. Light reflected by the mirror is quasi-collimated and sent toward the cold mirror, which is rotated 50° relative to the beam. Two absorbing planes are placed to collect light reflected and transmitted by the cold mirror.

Figure 3. Spectral analysis of light reflected and transmitted by the cold mirror. Note that because the coating was specified for 0.55um at 0 deg incidence, a shorter central wavelength is reflected at this larger angle of incidence.

Figure 5. Average chromaticity coordinates for reflected (left) and transmitted (right) components of the beam, indicated by crosshairs in the diagram. This value is determined by reducing the analysis surface to one pixel and evaluating its Color Image.

Figure 6. Raytrace of a waveplate and linear polarizer 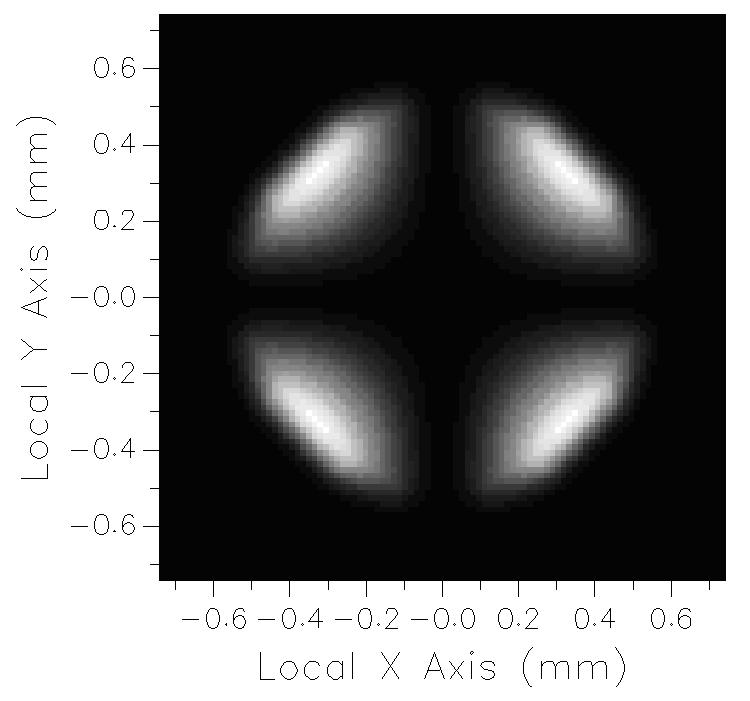 Figure 7. Irradiance distribution beyond vertical polarizer if waveplate is neglected. Vertical polarization components of rays in the expanding beam pass through.

Next, a waveplate is added (0.00304 mm thick plate made from birefringent calcite). The calcite material was created using FRED’s “Sampled Birefringent and/or Optically Active Material” material type. Specifications for calcite are shown in Figure 8. 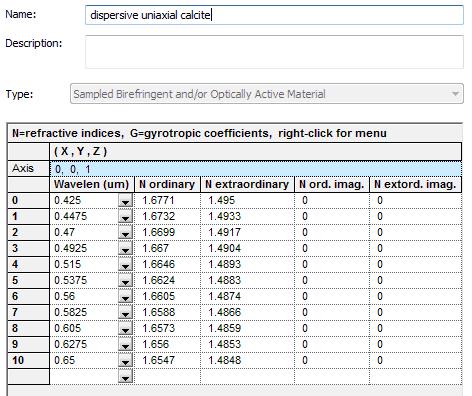 Figure 8. Ordinary and extraordinary components of the index of refraction of calcite are specified.

The waveplate provides a differential phase shift for each polarization component of light passing through. The wavelength-dependence of this phase shift means that each color component of the beam obtains a slightly different polarization adjustment. The vertical polarizer again filters out all horizontal polarization components of the light. With the waveplate, irradiance beyond the polarizer shows a reduction in the extinction cross pattern. A more interesting view of the light distribution is its Color Image, which displays an iridescent color distribution.

Figure 9. Irradiance distribution (left) and Color Image (right) of light after passing through a birefringent waveplate and vertical linear polarizer.