FRED uses a technique called Gaussian Beam Decomposition (GBD) to propagate coherent fields through the optical system. This technique is based on the fact that a set of overlapping Gaussian beams can be used to represent an arbitrary optical field. The raytracing engine propagates the Gaussian beam by creating groups of 9 rays (1 "base" ray and 8 "secondary" rays), allowing FRED to more easily track the beam's changes as it moves through the system.

Note: This article is not meant to be a complete overview of GBD. A more detailed discussion can be found in FRED's Online Help or in this open access publication from Optical Engineering. 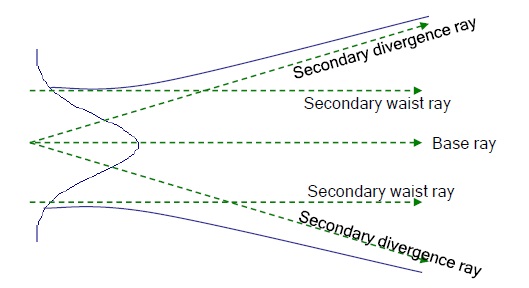 Sometimes when performing a coherent raytrace, the rays stop at a transmitting surface and an error (i.e., "Num rays halted because unable to complete coherent secondary ray...... ") is shown in the Raytrace Summary. In the example below, the rays are focused on a thin transmitting glass rod but unexpectedly stop at the surface.

A quick trick is to edit the source using the Coherence tab of the Detailed view. Reduce the "Secondary Ray Scale Factor" below the default value of 1. This parameter tells FRED to artificially reduce the distances and angles of the secondary rays relative to the central base ray immediately before the interaction with each surface in the model (they are scaled up again immediately after). 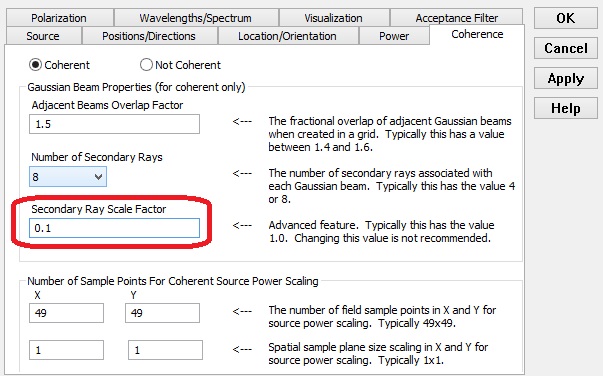 Note: There can be unintended effects when reducing this parameter, because scaling down the Gaussian beams reduces the user's visibility of the surface, which means that aberrations could be underestimated. It is recommended that results are not accepted blindly. 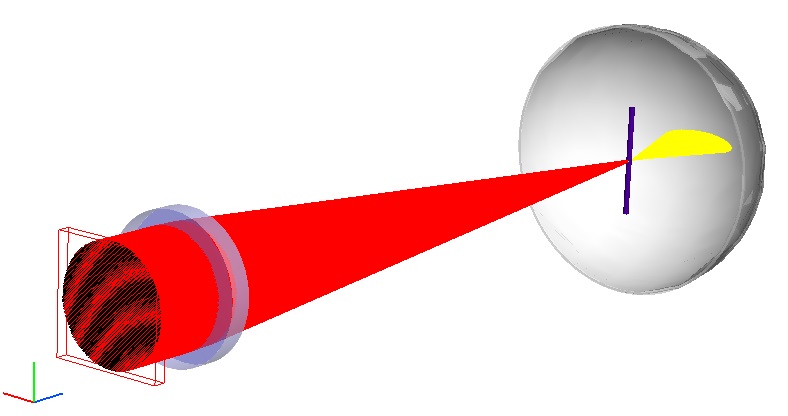