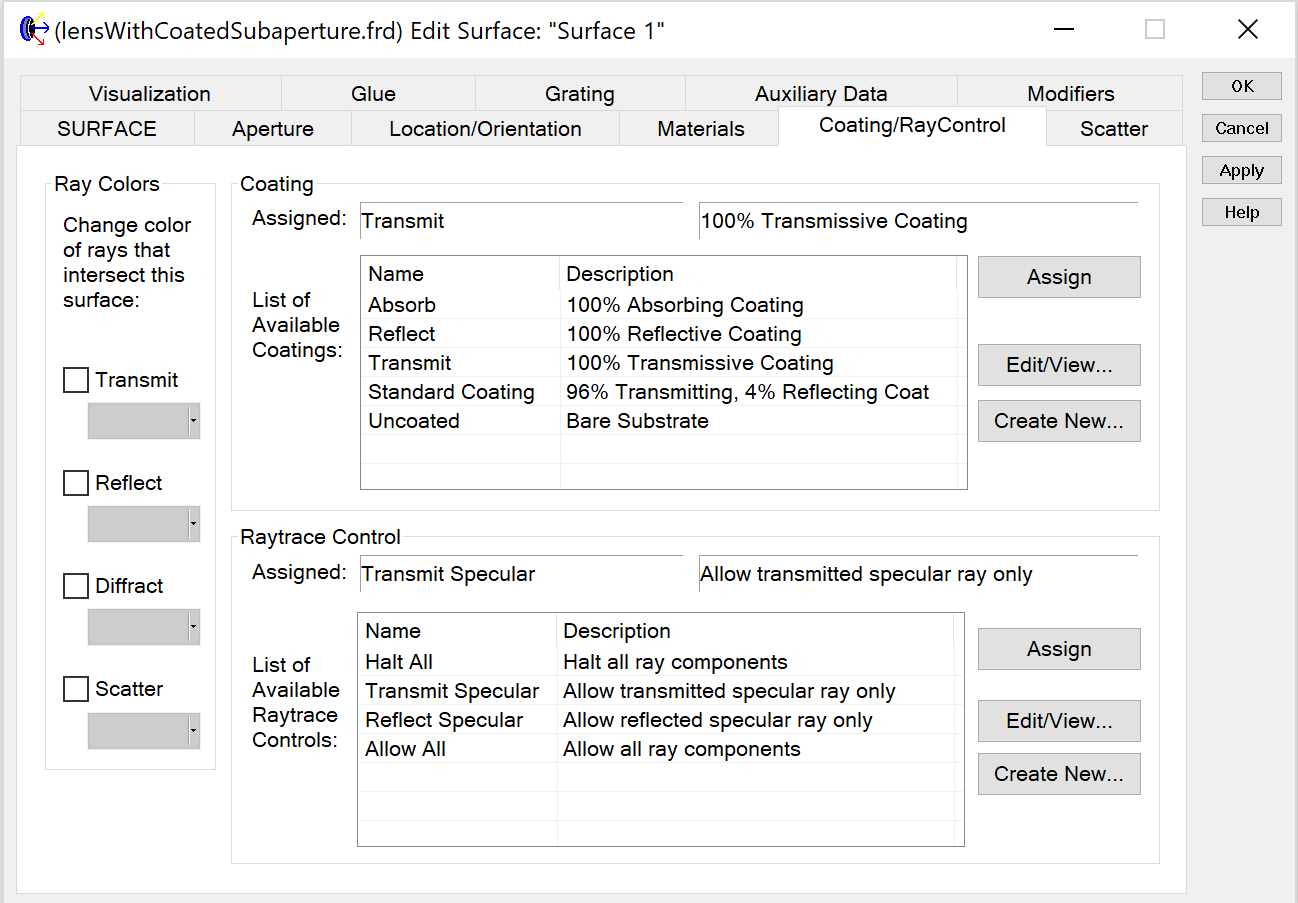 There are two options to address this issue:

The procedure to implement the second option above is described in this article. For this example, a Lens element will be customized so that the first surface of the lens has a coated clear-aperture and an uncoated region outside of the clear aperture. The clear aperture of the lens surface will be a racetrack curve in order to demonstrate the generality of the approach (any arbitrary closed curve can be used).

Construction of the model first starts with a Lens element, as seen in the image below. Surface 1 is the dark green surface shown in the 3D view and will be customized with two regions having different coatings. 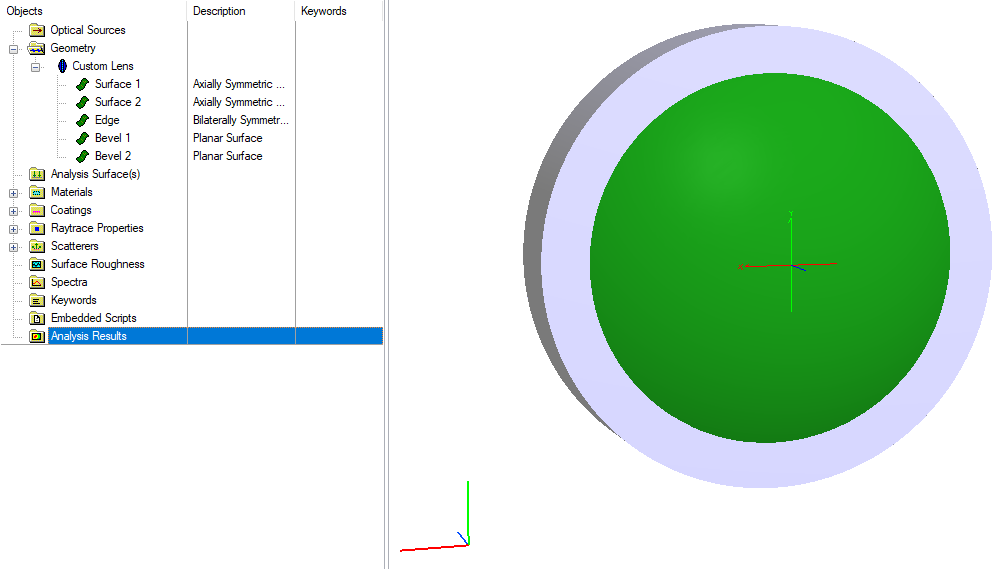 Step 2: Convert the Lens to a Custom Element

Constructs, such as the lens, mirror, prism, element primitive, etc., enforce certain rules regarding their geometry construction in order to preserve the intent of the element (e.g., you cannot shift a surface of a lens element axially since the lens would no longer be a solid element). In this example, we are adding a new surface to the group of existing surfaces from which the lens element is built. In general, if you are going to be adding, removing, or repositioning the individual surfaces in one of FRED's native elements, it is good practice to convert the solid object to a custom element prior to performing the surface manipulations. 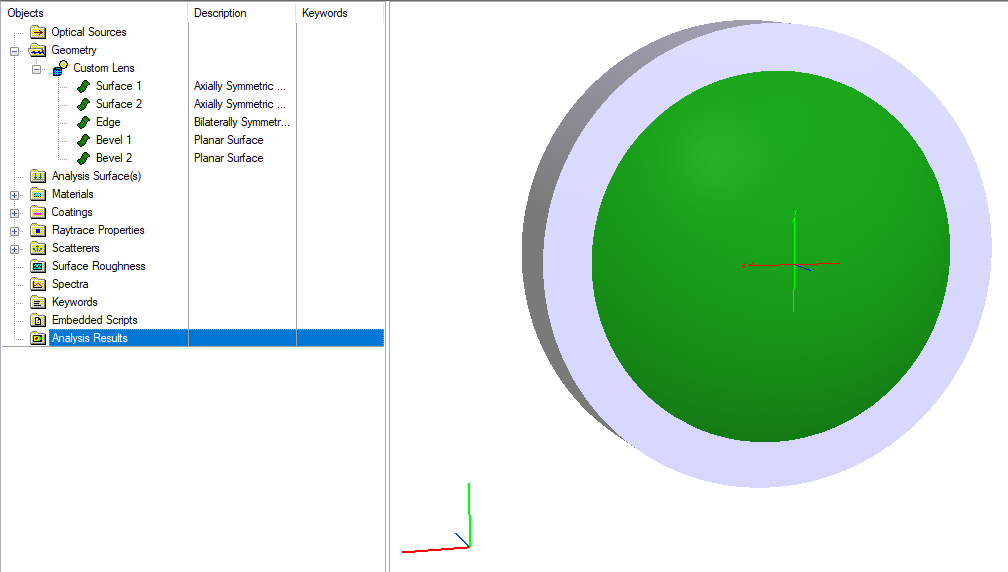 Note that the above operation can be implemented using standard Windows Ctrl+C and Ctrl+V rather than using the Edit menu options.

Your tree and 3D view should now look like the image below. 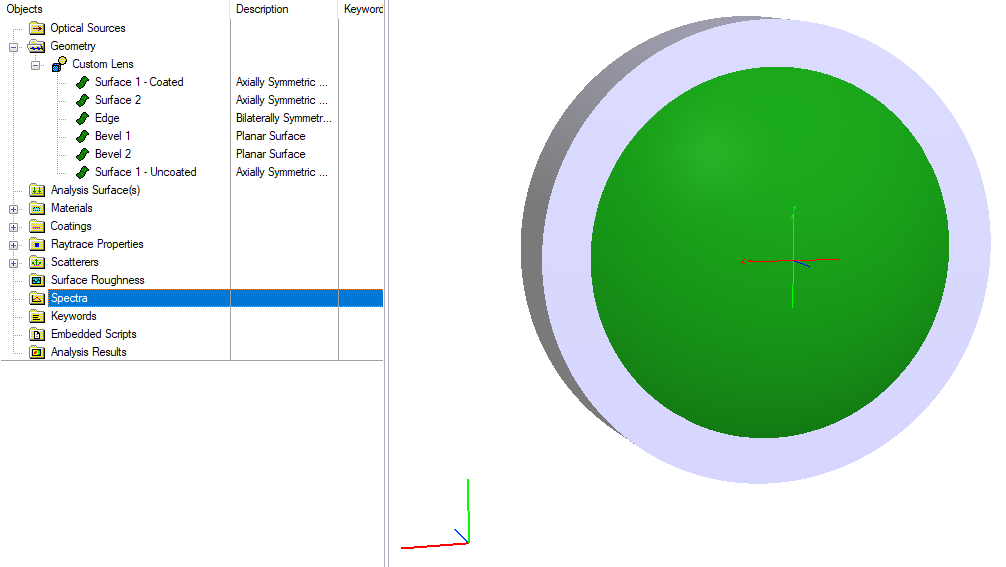 Next we define a custom coating boundary using FRED's curve construct. Note that the use of curves here is not required, though it may be common and is a general technique for trimming objects in FRED. The goal is to end up with two distinct regions for Surface 1 that can then be assigned their respective coatings. Surface or volume trimming operations may also be used to achieve this result.

Your model should now show a racetrack curve floating in space in front of the lens element. This curve defines a closed path through space but otherwise has no significance to FRED. How should FRED interpret this curve? Is it a clear-aperture? Is it a hole? In order to assign specific physical meaning to an independent closed curve, we use a second curve type called the "Aperture curve collection".

The object tree, 3D view and each of the three curve dialogs should appear as shown in the graphic below. 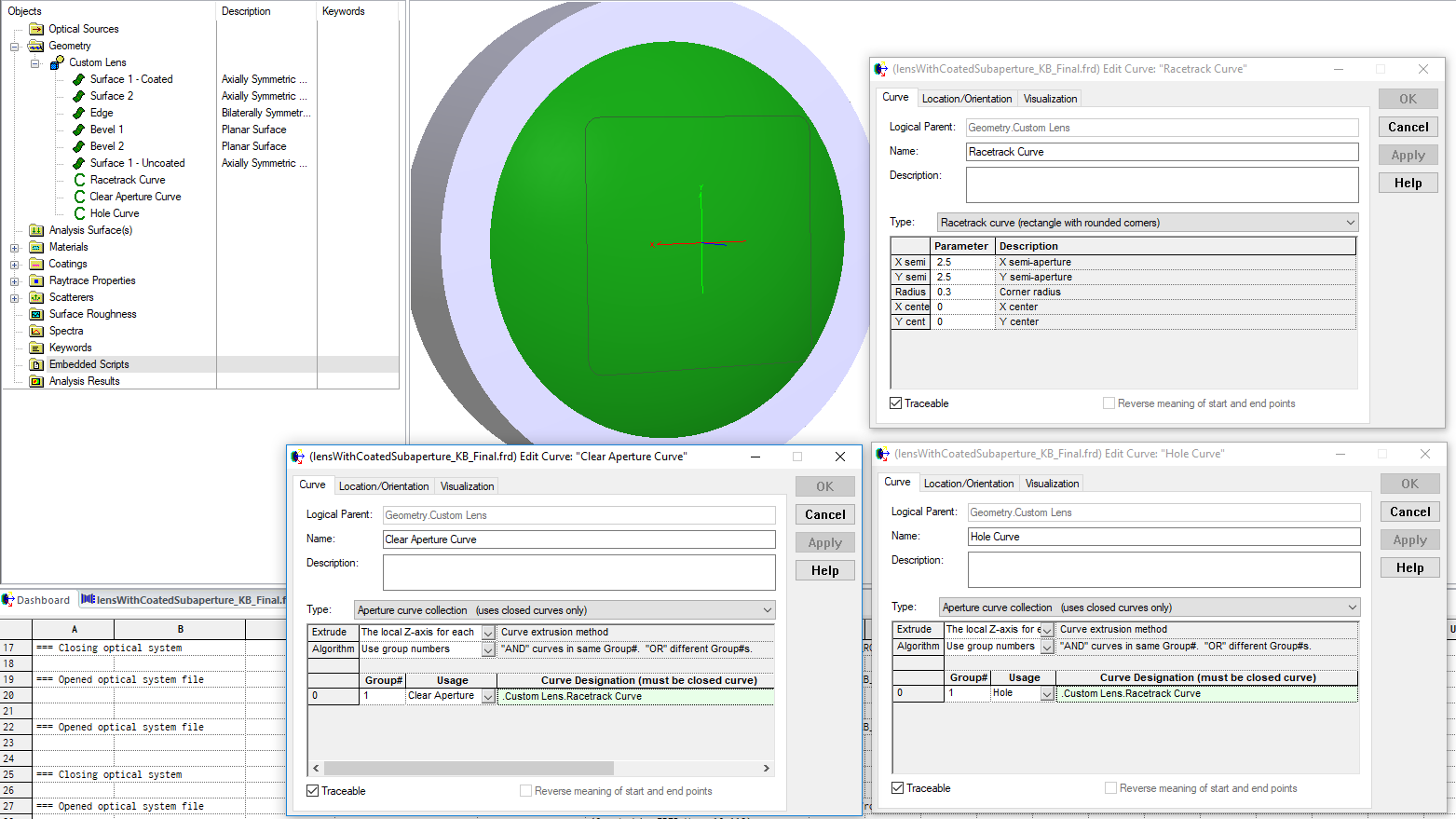 The next step is to restrict each of "Surface 1 - Coated" and "Surface 1 - Uncoated" to the regions inside and outside of the racetrack curve, respectively.

For visual clarity in the 3D view:

The model should look like the following in the 3D view: 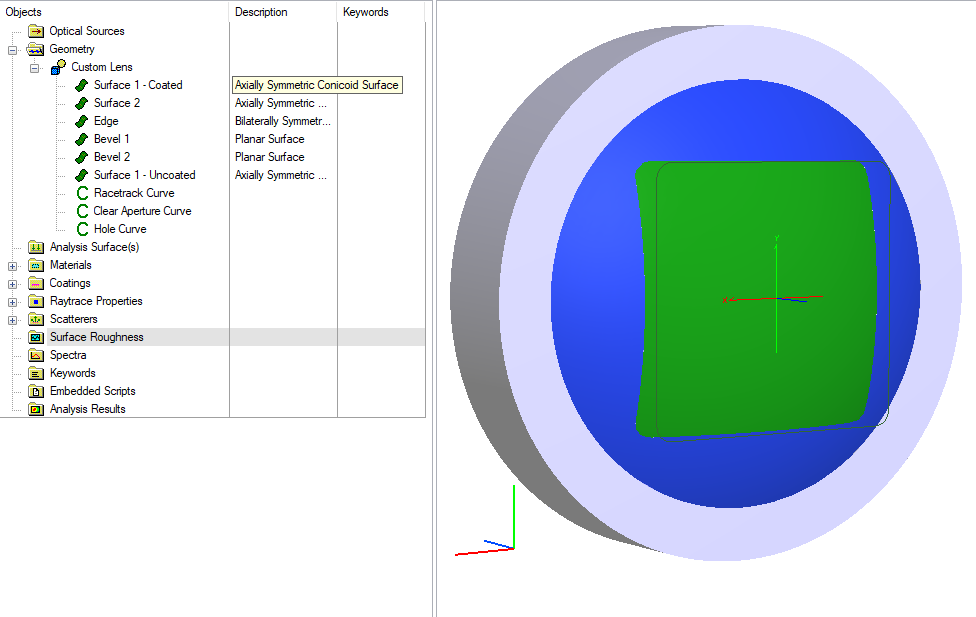 At this point, there are two versions of Surface 1 in the model and each is constrained to reside either within or outside of the racetrack boundary. The final step is to assign the appropriate surface properties to each surface. This can be accomplished by dragging and dropping the desired property onto the corresponding surface node in the object tree.