FRED's Polarizer/Waveplate Coating type uses complex Jones Matrices to create ideal representations of polarizer coatings and waveplates. However, it should be noted that the Jones Matrix implementation is strictly only valid for the specific case of transmitting rays at normal incidence.

When a polarized ray intersects a surface using a Jones Matrix coating type:

A demonstration of this limitation is shown below, where a source with 45 degree linearly polarized light is raytraced through two surfaces with Jones Matrix coatings applied. The first surface is an X Linear Polarizer and the second surface is a Y Linear Polarizer. As expected, the raytrace shows that no power passes through this crossed polarizer surface pair. 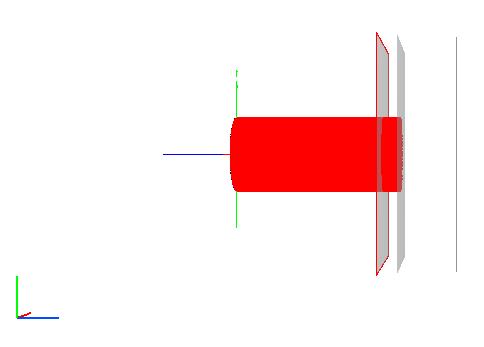 Now, if the source is rotated 45 degrees about the x axis while keeping the polarizer surfaces oriented in the global XY plane, some power actually passes through the crossed polarizers and reaches the detector surface as shown in the picture below. The Ray Summary analysis shows that 0.125 of the source power "leaks" through the two polarizers. This amount of source power is aligned with the z axis when the source is rotated 45 degrees about x and remains unaffected throughout the interaction with the two polarizers. 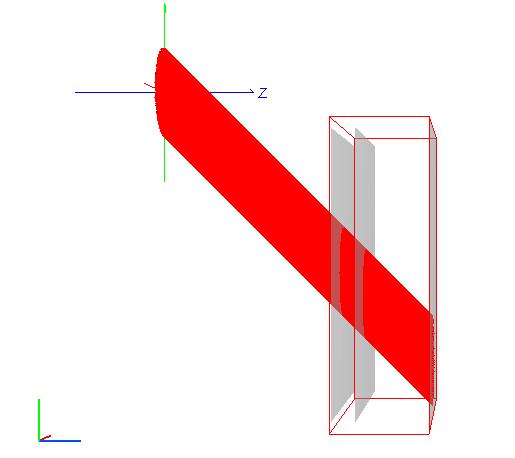