You can use FRED's built in BASIC scripting language to loop over the rays, determine the average direction of the rayset, and use that information to set the orientation of the surface. This article outlines this process using the example in the picture below. We wish to orient the detector shown at the right normal to the output beam. 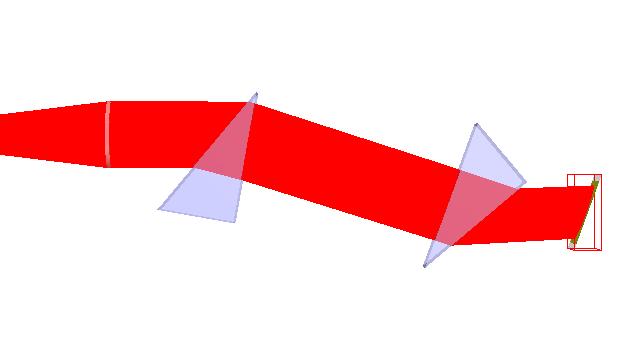 1. Obtain the average direction of each ray. 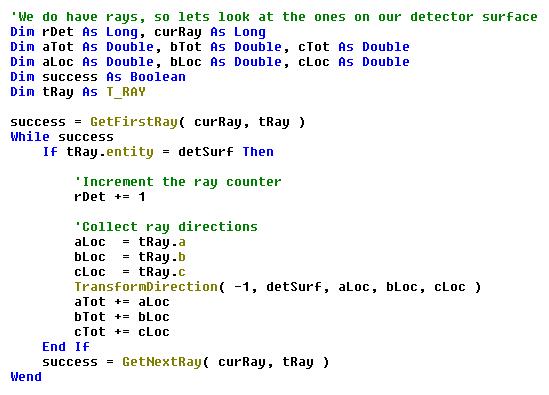 2. Set the orientation of the detector to the average. You can see that in this example, SetOperation is updating the 4th, 5th and 6th parameters in row2 in the detector's Position/Orientation list on the Location dialog box. 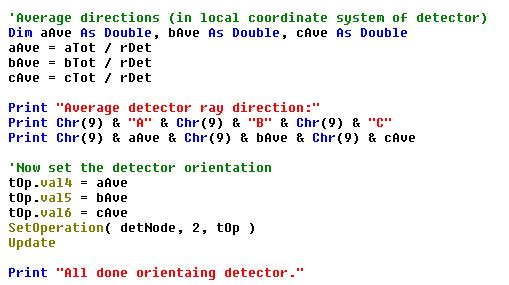 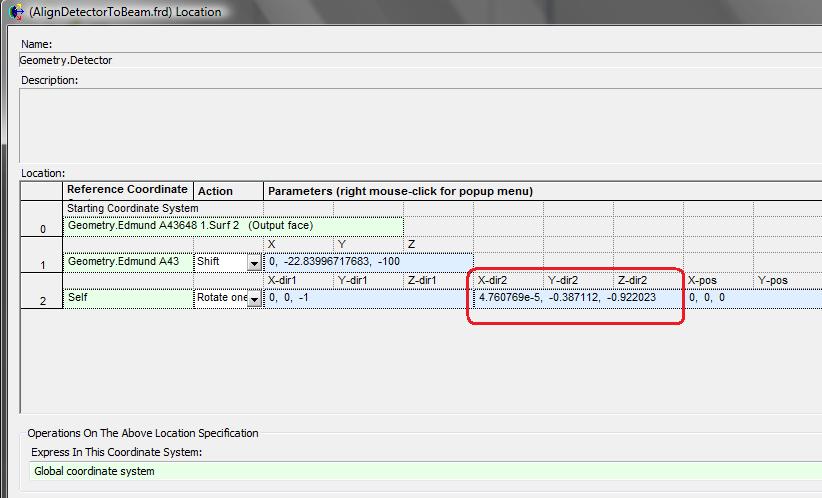 3. Run the script to rotate the detector surface normal to the output beam. 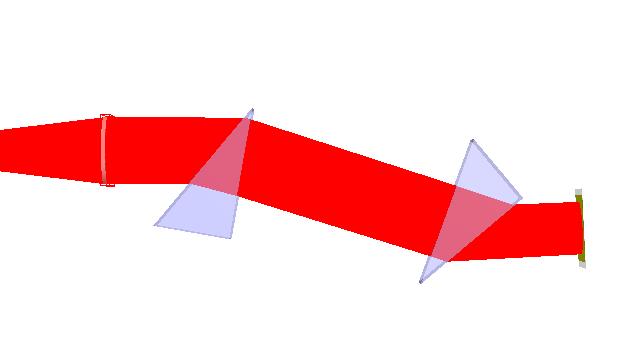 *This script is located in the Embedded Scripts folder.