This process is often transparent to the user, but it is important to understand how FRED determines which material the ray is in during the trace.

FRED's raytrace is "surface-based", meaning that rays intersect individual surfaces rather than solid objects.  Although the user will typically have constructed a collection of surfaces to form a solid object, each surface is treated independently of the others during the raytrace. For example, consider a cube element primitive with the immersion material set to Standard Glass.  When a ray hits one of the the cube's six surfaces, the raytrace engine considers only this surface in isolation of the others.  How, then, does the raytrace engine resolve the fact that the ray will pass through this solid cube made of Standard Glass?

Each surface defines a boundary between two materials.  In the case of the cube example, each of the six surfaces defines a boundary between Standard Glass and Air. These two boundary materials can be seen on the Materials tab of a surface's Edit/View dialog. Observe that the specification is, generically, "Material 1" and "Material 2".  There is no specification of "where" these two materials are relative to the surface's local coordinate system. 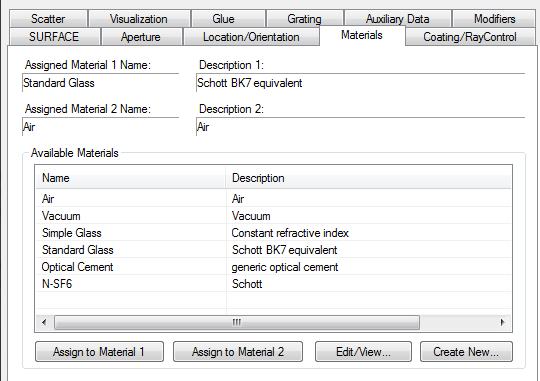 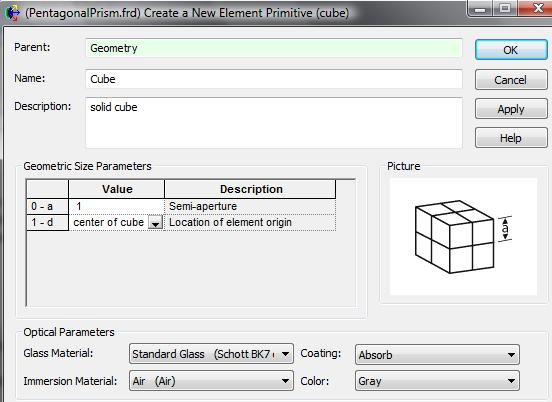 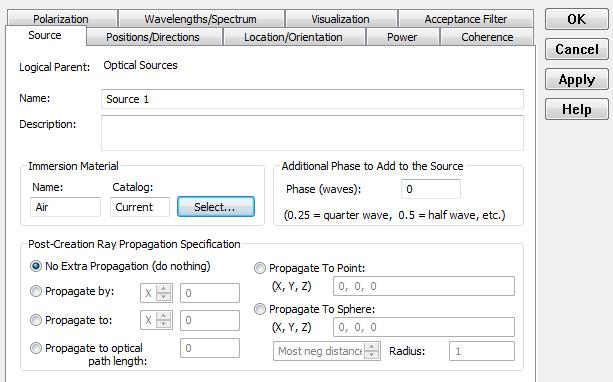 In this scheme, the source's Immersion Material specification can have profound consequences on the interpretation of solid objects in the model.  Below is a raytrace of a prism created using surfaces whose material designations are Air and N-SF6 and the source's immersion material is set to Air.  When the rays are incident on the prism, they refract across the surface boundary and the rays become immersed in N-SF6.  Next they refract through the central hole in the prism and become immersed in Air.  Finally, they refract through the central hole boundary a second time and become re-immersed in N-SF6.  This is consistent with our intended interpretation of the prism being a solid object made of N-SF6 and immersed in an Air environment. 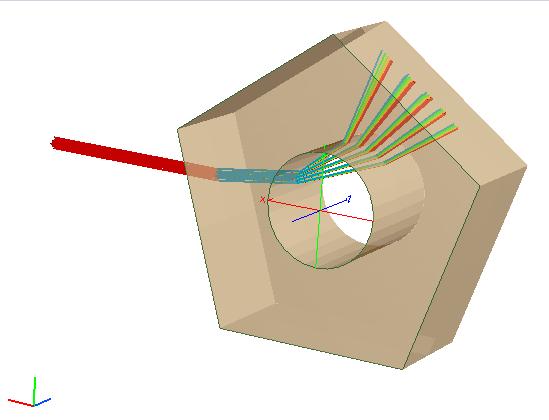 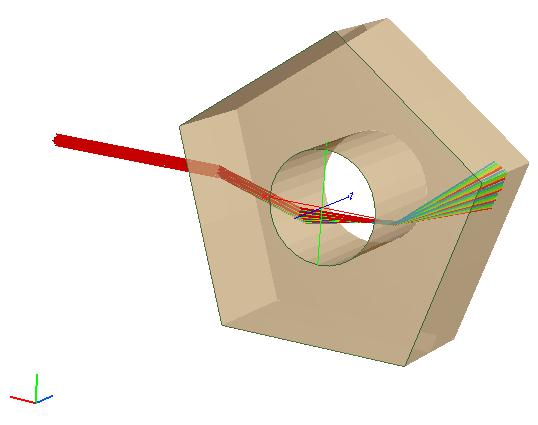 FRED will report useful information to the output window following the conclusion of a raytrace, including this commonly encountered warning relating to materials:

"Num rays halted because it could not resolve proper material (warn:10)"

This warning is usually caused by two scenarios, both of which will halt the rays where the error is encountered:

A useful utility for checking material assignments as a ray propagates through the system is the Single Raytrace.  A separate article on that utility is provided in the related articles list below.