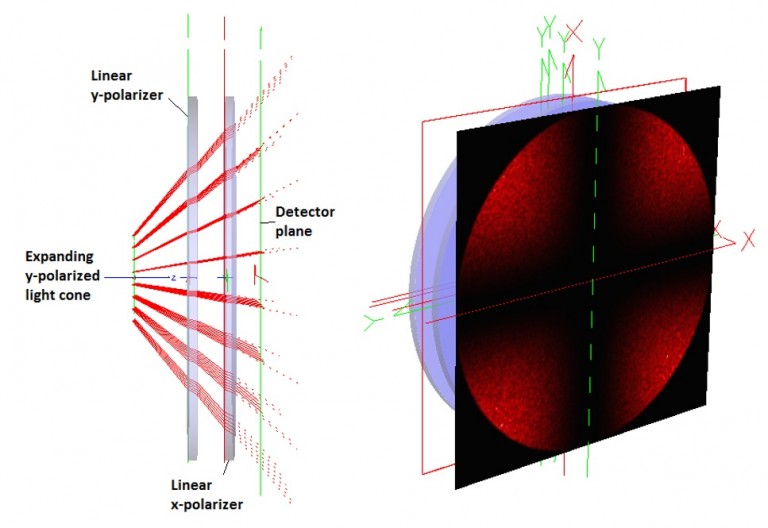 FRED has the capability to simulate polarization of rays through an optical system. Light sources can be randomly, circularly, or linearly polarized. Optical components that filter or manipulate polarization, such as birefringent wave plates and polarizers, can be accurately modeled. Some simple examples of polarization modeling in FRED can include absorptive dichroic and wiregrid polarizers, a calcite half-wave plate, and the Maltese cross phenomenon. Each of these features can be applied to more complex optical systems such as Liquid Crystal Displays (LCDs), interferometers, and polarization microscopes.

The Maltese Cross is an interference figure formed by birefringent materials place between crossed linear polarizers. This phenomenon allows easy identification of birefringent specimens found in nature such as plankton, starch grains, and fatty molecules. A Maltese cross can also form when an expanding beam of locally y-polarized light passes through two orthogonally-oriented linear polarizers. Figure 1 shows a system set up in FRED to simulate irradiance just beyond the crossed polarizers.